Exhibition: turn back to the light - Women Artists from The Niland Collection

Ballina Fringe Festival is proud to welcome an exhibition from The Niland Collection to Ballina, from 8th – 28th October, in the impressive gallery space at Ballina Civic Offices.

Turn Back to the Light: Women Artists from The Niland Collection is, as the name suggests, an exhibition of work by women from the collection, including Dorothy Cross, Kathy Prendergast, Alice Maher and Constance Gore-Booth. The exhibition is curated by Emer McGarry, Director at the Model.

The Niland collection features a large amount of work by female artists which provides a comprehensive survey of the changing themes and  practices of women artists throughout the twentieth century.

Many women artists working in the early 1900s such as Mainie Jellett, Evie Hone and Mary Swanzy came from privileged backgrounds, and art was seen very much as a recreation activity rather than a career choice. Due to the fact that these women could afford to live and study in Paris, however, they became pivotal in bringing modern art to Ireland and were often far less conventional in their practice than their male counterparts.  Mainie Jellett in particular has been noted for the ‘missionary zeal’ with which she attempted to bring cubism, an avant-garde art movement which swept Europe in the early 20th century, to Ireland. 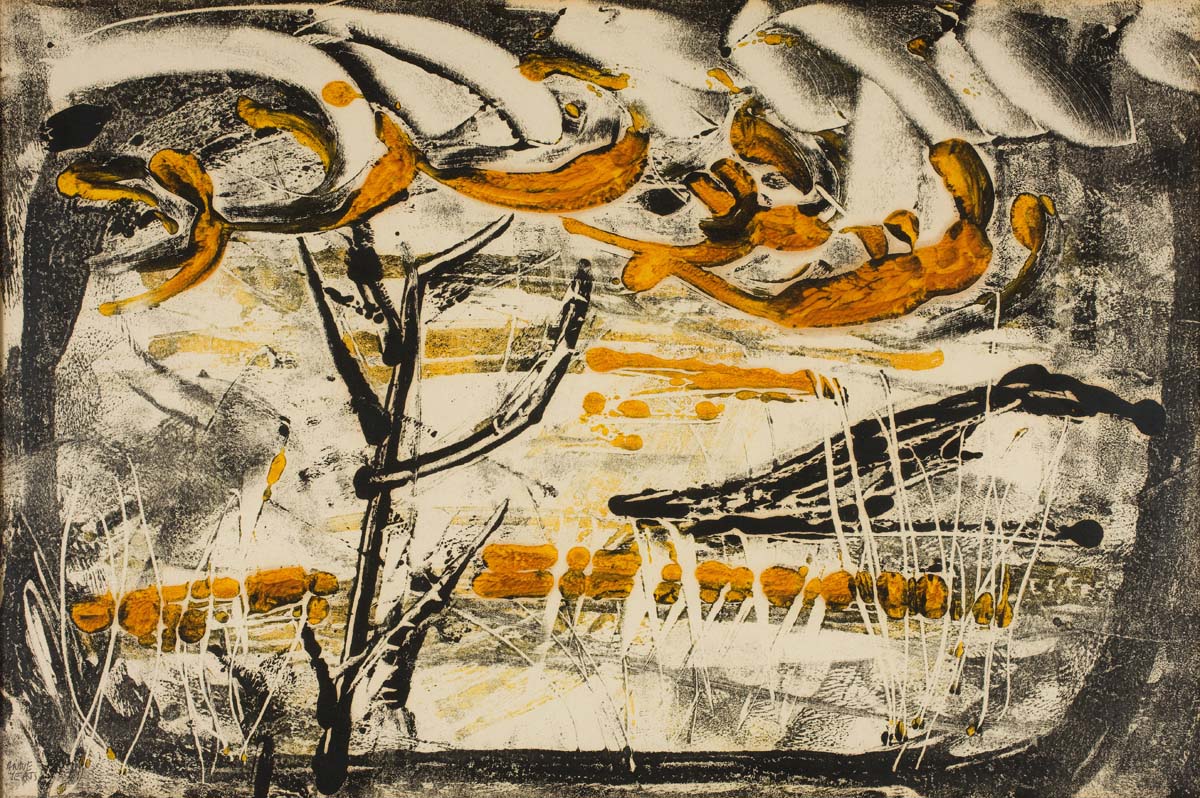 Anne Yeats (1919-2001),  The View from A Train. Lithograph on Paper. Image courtesy of The Model, home of The Niland Collection

In the second half to the 20th century, women who chose to pursue a career in art, such as Norah MacGuinness and Nano Reid had to rely on the meagre income generated from the sale of their work, and were often forced to diversify into other areas.  As well as working as a painter MacGuinness was retained as an illustrator by a London publishing house, and also worked as a window dresser for Brown Thomas, Dublin and as a set designer.

In the latter part of the twentieth century, many Irish women artists, such as Alice Maher, Rita Duffy, and Dorothy Cross, began to address social, political and feminist issues in their work. Cross’s work Stiletto II, 1994, is part of a larger series of works entitled Udder, made in the early 1990s.  For these works Cross used cow’s udders to create pieces which deliberately “exaggerate the confusion” between the sexes, seeming both masculine and feminine at the same time.  The Udder works marry the animal and primordial with the domestic or civilised through the recreation of shoes and other everyday objects with such basic, primal material.

Amongst the many other works on view are sculptural pieces by Fiona Mulholland and Marie Foley, a large scale oil on linen work by Clea Van der Grijn, and a poignant photograph by Mary Kelly that address care for those with long-term mental health issues in Ireland.

The Model in Sligo houses several exhibition spaces focusing on contemporary art and education activities, a cinema/venue for concerts, and an artist-in-residence programme.