The wave of contemporary street art crossing the country has arrived in Ballina!  Pure Ballina was a leading event for Ballina Fringe Festival 2019.

Thanks to funding from the National Youth Council of Ireland, Creative Ireland, Dulux and Topline Archers, one of Ireland’s leading street artists Friz was in creative residency in Ballina during September and October 2019, working with the North Mayo Youth Project, Involve Youth Project and Ballina Men’s Shed to develop artwork concepts, with the option to use content from the Jackie Clarke Collection archive for inspiration.

Friz’s flagship artwork – the Táin Wall – shows Flidhais of the beautiful soft hair, the Men’s Shed tells the story of salmon fishermen on the Moy and the youth groups celebrated how music brings communities together in Ballina.

The Táin Wall is the flagship #PureBallina street art project for 2019.  Painted by Friz, it depicts Fliadhais of the lovely soft hair, the central character of the Táin Bó Fliadhais, now immortalised on Teeling Street in Ballina, with her cow Maol.

The road to Rathcroghan is challenging.  Large pockets of Fliadhais’ Gamhanraidh attack and challenge along the way.  Finally – led by Muireadheach – the Gamhanraidh liberate Fliadhais and her beloved Maol from Queen Meabh’s troops and return them, jubilant, home to north Mayo. 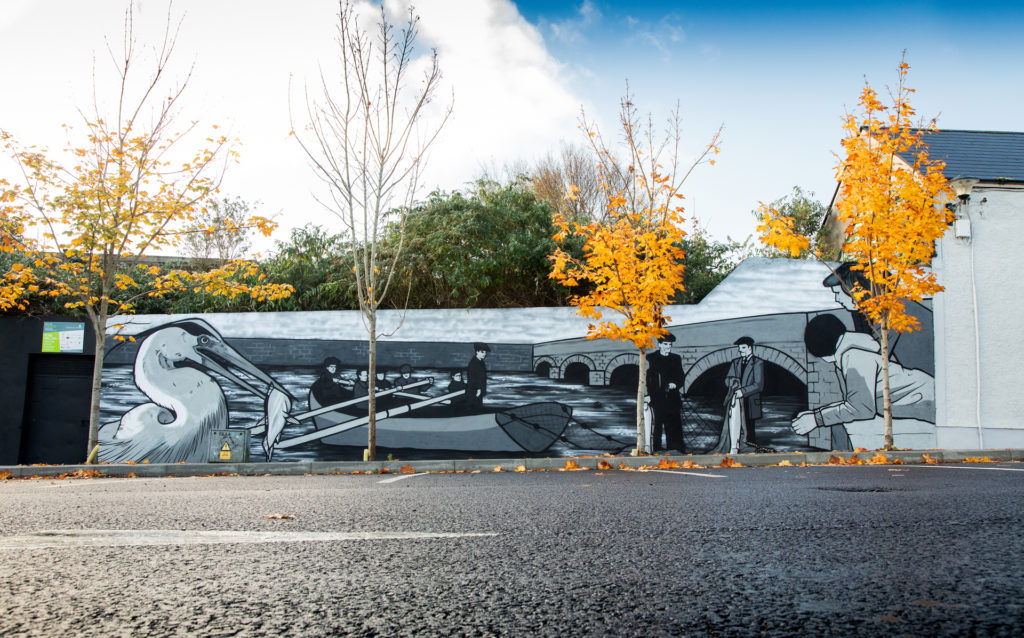 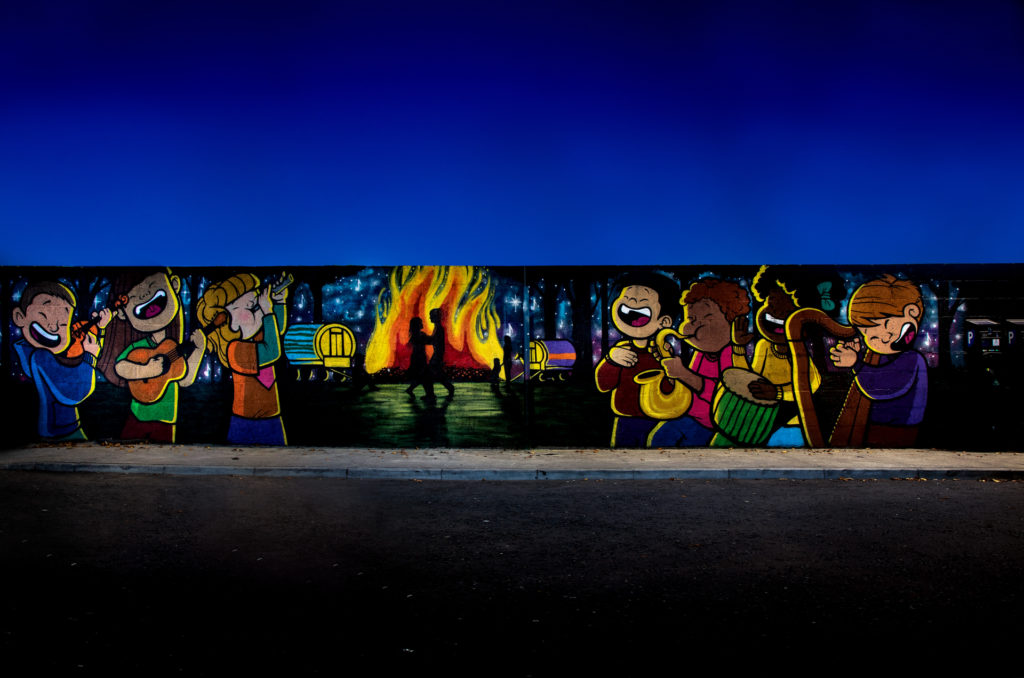 The theme of Ballina Fringe Festival 2019 was ‘People’, and young people from the two youth projects came together, and decided upon a theme. They wanted to acknowledge Traveller heritage and tradition – the music and celebrations, the skilled craftmanship, the beautifully crafted caravans of years gone by, and the strength of connection among Mincéir families.